The week started badly with a migraine headache from Saturday to Monday. On Tuesday I was just about getting over it and I had to go to the dentist. The dentist visit was hard enough, so I absolutely had to reward myself with a visit to the Art Shop nearby (this makes visits to dentist almost to look forward to…). Er… No! Anyway…

I bought those marvellous Sennelier oil pastels two weeks ago and I tried them in my journal: 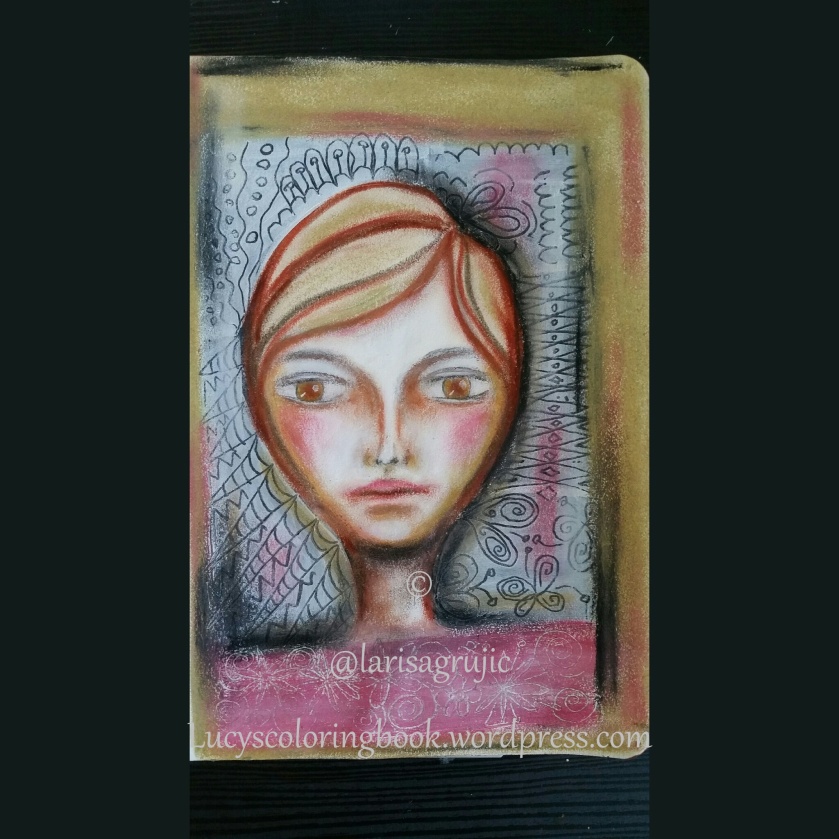 The pastels are great, creamy and they layer so nicely. Amazing. I used a bit of gesso and a toothpick for doodles. When I finished, I realised that I absolutely have to seal it, because it would stick to the previous page. So, as I did not have any oil pastel fixative, I used acrylic varnish. Ugh! It leaked through the paper to the other side and smeared the pastel. It kinda worked for sealing, but was very messy. Then when it dried, it was sticky, so I had to put some talcum powder over it and then it finally was ok. I read on the internet that Sennelier has a spray for sealing the oil pastel, but some users reported that it actually did not work for them. So I decided to save myself from spending money on something that may not work and stick to the varnish, preferably water based.

So you can imagine my pleasant surprise when I saw this in the Art Store: 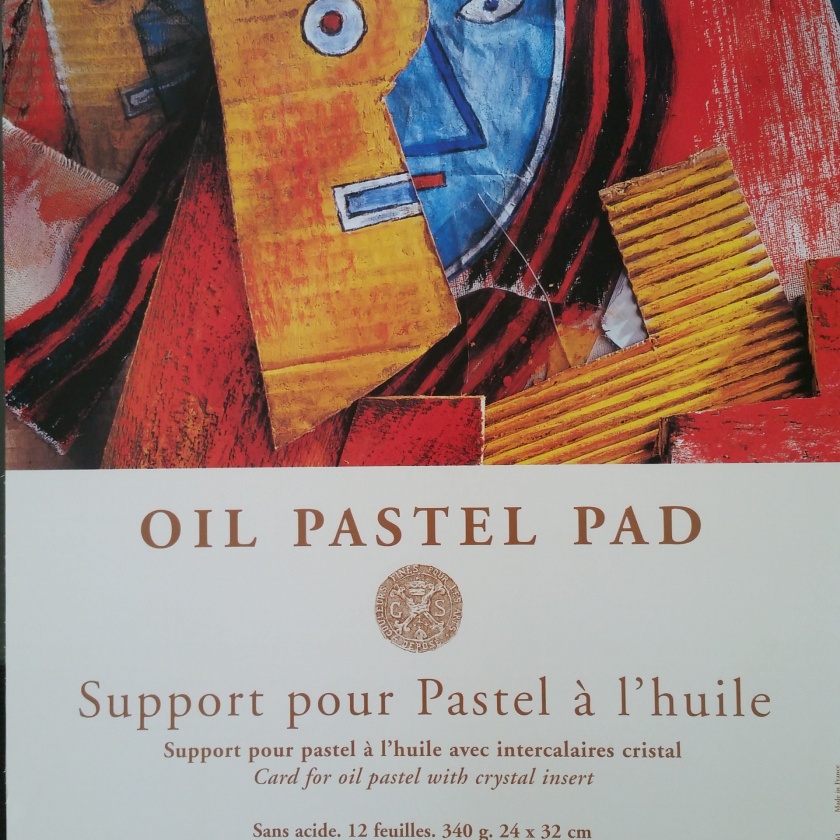 It’s actually paper for oil pastel plus transparent glossy sheets between them, which makes sealing totally unnecessary, unless you want to tear sheets out of the block, which I usually don’t do. So, happily, I tried it out: 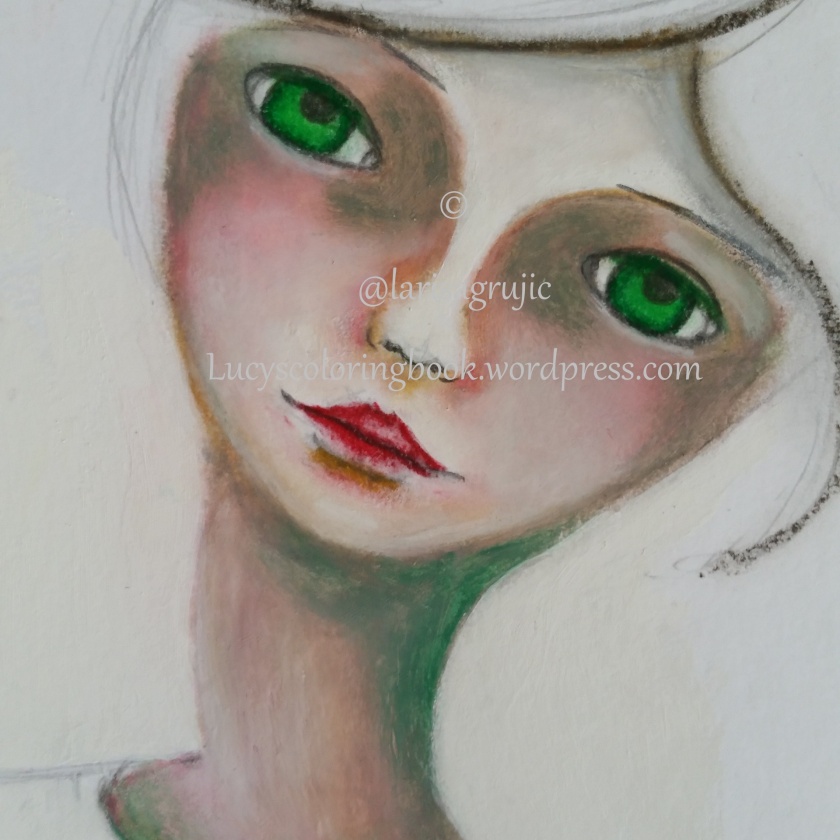 Amazing! The paper gets some getting used to, actually I realized that I could not smear the thin layer of pastel at all on it unless I put a layer of gesso first. I use gesso anyway, so it did not take long to figure it out. This is obviously unfinished and I haven’t worked on it since, as I started some other projects. But it was a pleasant activity, to be continued…

And one of the other projects is another flowery doodly spread in my art journal: 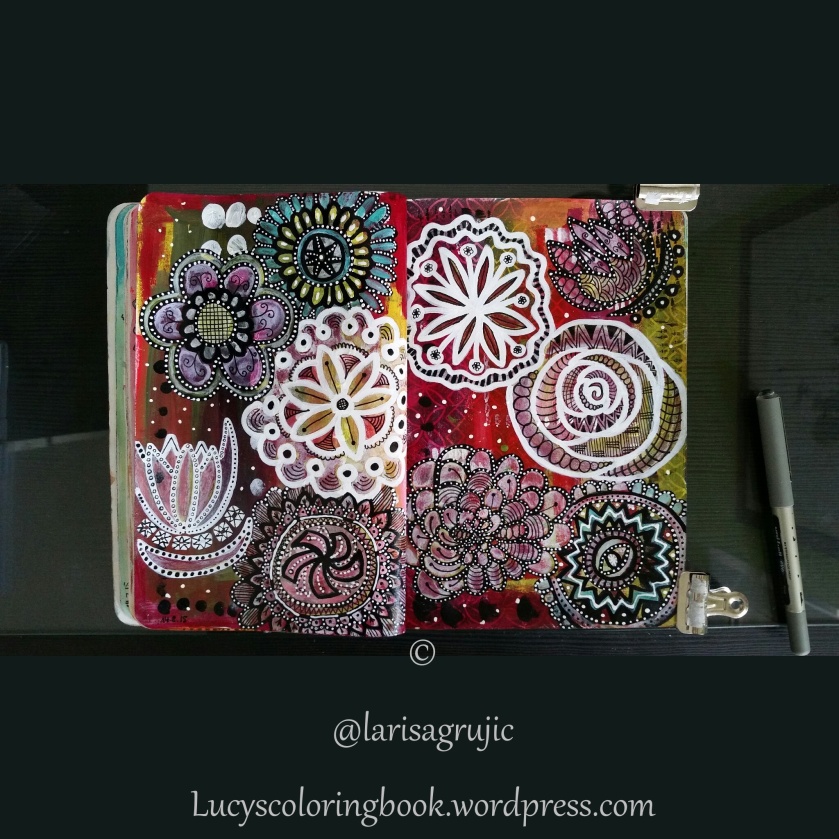 I had to place glass on my desk to protect it from paint. Unfortunately I had a painful realisation that the desktop is not smooth, but kind of rough and perfect for getting paint into the ridges and never getting it out. Hence the reflection on the photo… I used an unusual color combination, but it worked and I really enjoyed this. Here is a detail: 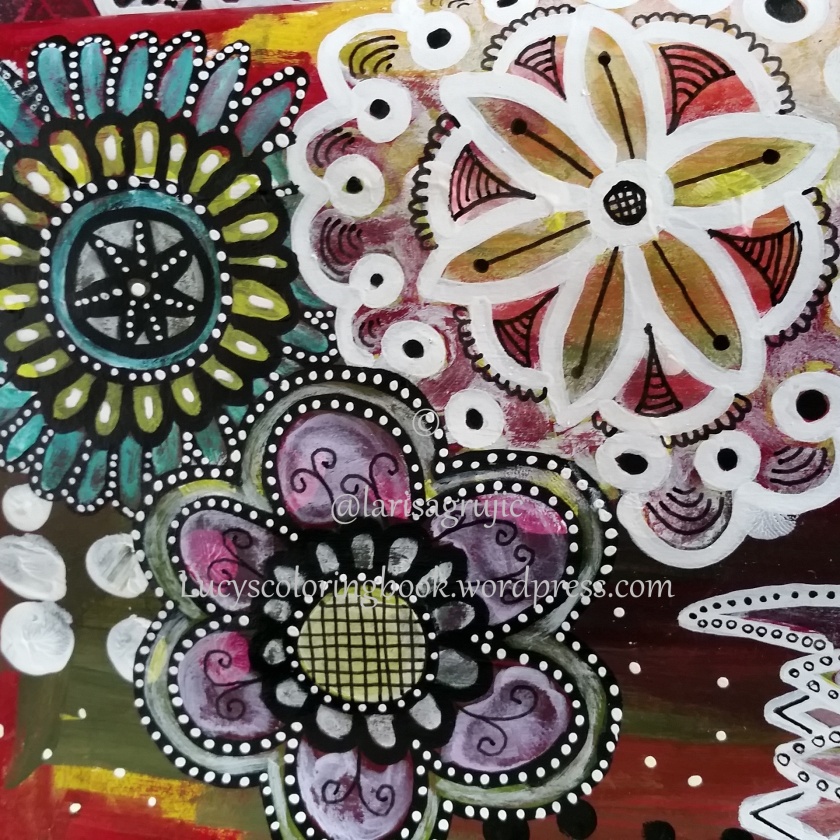