The weekend is almost over. I did a lot of work and not too much art, but important thing is that I kept my practice and did something every day. Today I am giving you an update from my Play Journal: 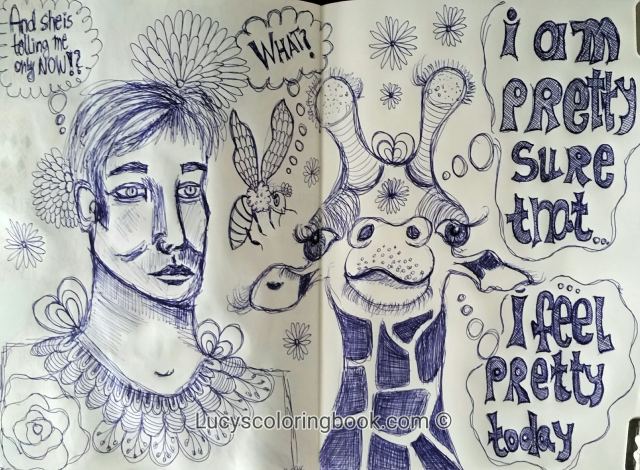 This was done at work on Friday, during lunch break and a long phone call. It’s partly based on a dream I had the previous night in which my late father was complaining about not inviting him to see my new home for many years, and partly on a weird idea I got about drawing a giraffe. The dude is the male figure from my dream (nothing like my father) and it’s pretty badly drawn I know, but that’s fine. The giraffe, on the other hand I love (I looked at a photo on the Internet for inspiration and reference). I did not know I could do any of this with just a ball point pen. I am seriously surprised.

And the next one: 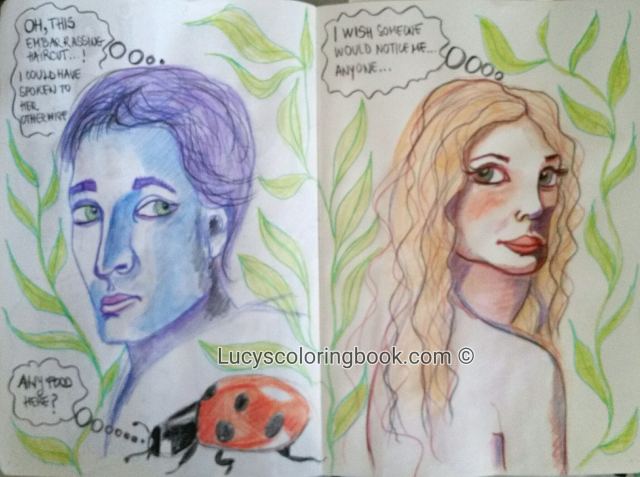 I looked at some photos on the internet as reference, because I decided I should practice drawing from reference and not just from my imagination. The male turned out much better, but his haircut is gross and he feels very intimidated for that reason 🙂 And her I do not like much… Important thing is this is all done with colored pencils and no erasing, which is again a surprise for me. It’s good – practice makes me more confident.

It’s late and it’s raining… There will be no running in the morning, but I can always aim to do some arting instead. I hope we will get some more sunshine this week…